Baton Rouge Narcotics Enforcement Still Down as of Late July 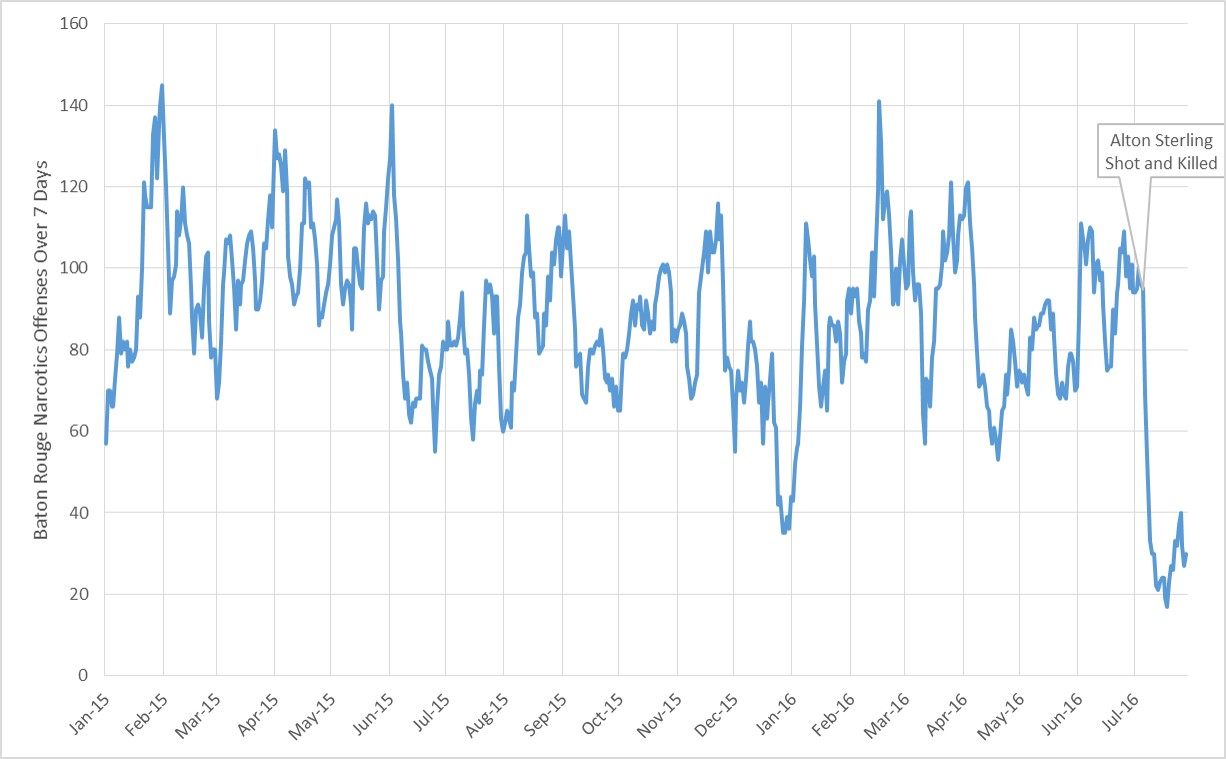 In case you missed it I recently wrote a piece for FiveThirtyEight about how narcotics enforcement dropped in Baton Rouge after Alton Sterling was shot and killed on July 5.

You should definitely read the piece, but the gist is that drug enforcement can serve as a proxy for proactive policing. Three other cities (Chicago, Baltimore and St Louis) all had big drops in proactive policing after an event brought questions of police legitimacy, and all three cities subsequently saw big rises in homicide.

To be clear, there is no established causal connection between dropping drug enforcement and rising violence as homicide patterns are complex with many possible explanations. But there is a definite temporal correlation between police proactivity going down and homicide going up. As the piece discusses, the big question remains whether Baton Rouge also see a rise in homicide.

The cutoff for data on the piece was July 16th because there is a delay between when offenses occur and when they’re all reported into the system. My review showed that things seem to resolve within about a week, so I figured updating through July 28th (a week ago & the day before the piece was published) would for the most part show whether narcotics enforcement was approaching pre-Sterling levels in Baton Rouge. 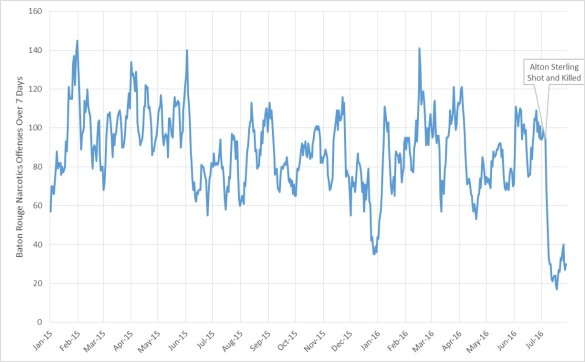 There was a slight rebound in the week after three Baton Rouge law enforcement officers were killed, but even then it was a limited rebound well below June’s narcotics enforcement levels. It also appears to have been short-lived though it’s possible the final numbers are still being impacted by the reporting delay.

As I noted in the piece, figuring out whether a simultaneous rise in homicide is occurring is tougher in Baton Rouge than the other cities because Baton Rouge has many fewer annual murders. Still, it is important to keep watching this issue as the ability to measure changes in policing in near real time is new and the effect between policing and violence is poorly understood.