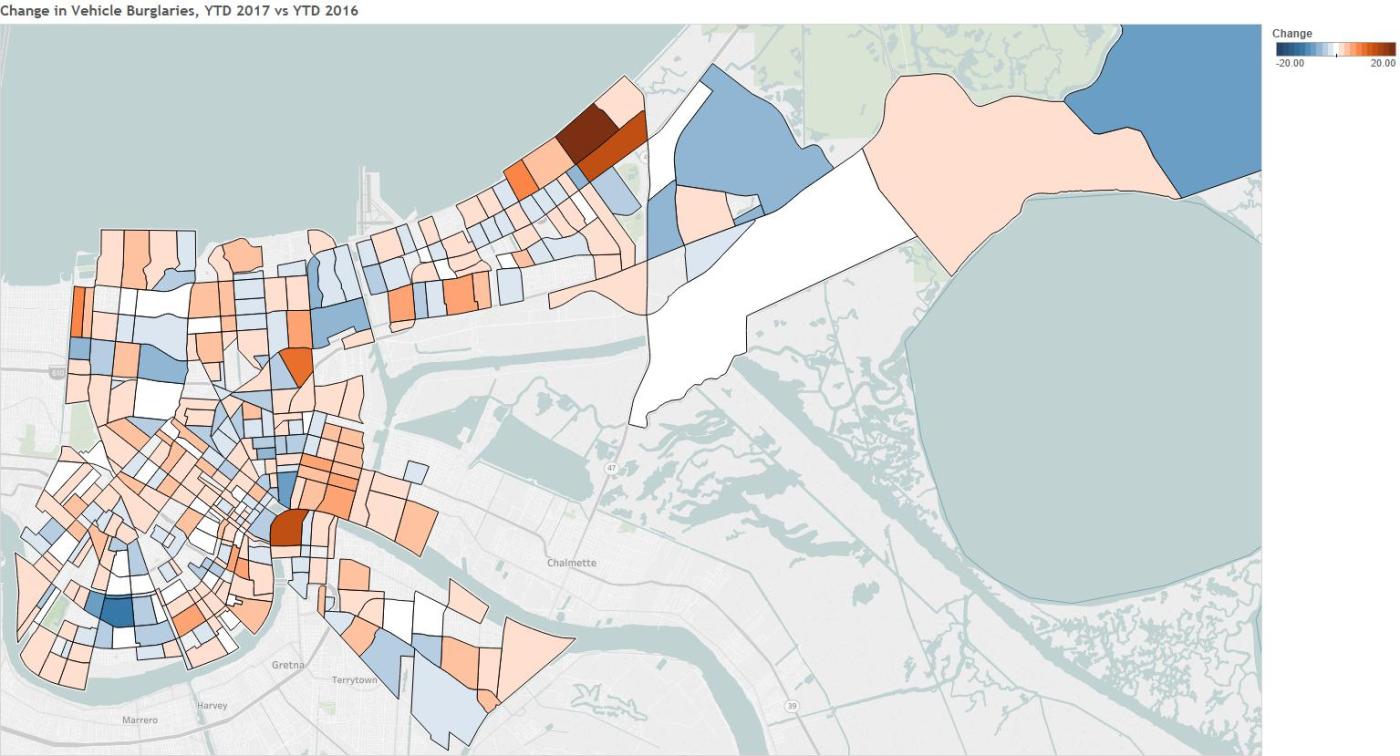 Crime is up in New Orleans in the first quarter of 2017. The previously linked post discusses a number of possible explanations for why that might be the case, but one undeniable conclusion is that a rise in vehicle burglaries is a major contributor.

UCR Part I Calls for Service were up by 313 total through March 8th relative to YTD 2016 and a third of that change was due to a 22.4 percentÂ increase in vehicle burglaries. The rise in vehicle burglaries is notable for the fact that it is relatively widespread in every NOPD district except for the Second District. 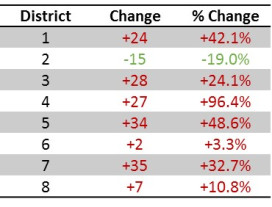 I mapped the changes in vehicle burglaries by NOPD beat in the below map. Redder means a bigger increase in burglaries relative to YTD 2016, bluer means fewer burglaries and whiter means about the same. Thereâ€™s no one concentration specifically driving the change but the northeastern edge of the Little Woods neighborhood in New Orleans East have had a rough start to 2017 as has Algiers Point.

Itâ€™s still early March and there is lots of time for short term trends to revert back to previous states. The rise in vehicle burglaries, however, is a trend that should be followed as the year goes on.