The FBI released its Uniform Crime Report (UCR) figures for 2017 last month and what little coverage the release received discussed small drops in both murder and violent crime nationally in 2017 relative to 2016.  The FBI figures showed a 0.7 percent decline in murder from 2016 to 2017 and a 0.2 percent decline in all violent crimes (murder, rape, robbery and assault). The Justice Department’s press release bragged that “after two consecutive, historic increases in violent crime, in the first year of the Trump Administration the nationwide violent crime rate began to decline.”

If one were asked “were more people murdered in the United States in 2016 or 2017?” the logical answer would seem to be 2016. The correct answer, however, is we don’t know.

END_OF_DOCUMENT_TOKEN_TO_BE_REPLACED 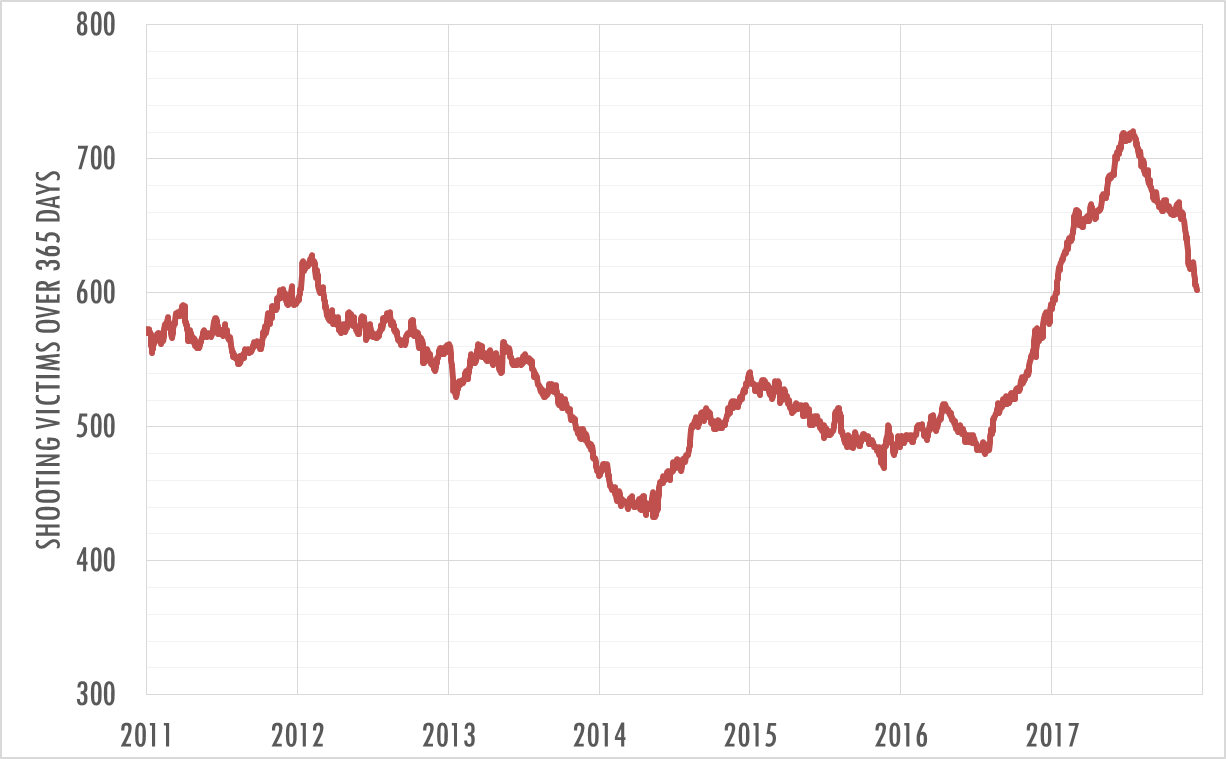 Things were not looking good at midyear 2017. Shootings were up with no sign of slowing down, armed robberies were down a couple of percent but slowly ticking upwards, a huge surge in vehicle burglaries and shopliftings had created a double digit increase in UCR Part I crime relative to 2016, and NOPD had shrunk while launching just one small recruiting class all year.

But then all of those negative trends turned around, and the outlook at the end of 2017 is decidedly rosier (though when analyzing crime when is it ever fully rosy?) than it was at the middle of the year. Let’s review:

END_OF_DOCUMENT_TOKEN_TO_BE_REPLACED

NOLA Armed Robberies Are Down Bigly

I’m fond of saying that each year’s story of armed robberies in New Orleans is written over the last quarter of the year. This is because there has been a surge in such crimes in October, November and December, especially in the last three years. It’s nice to report, therefore, that the story of 2017 is a much more positive one. END_OF_DOCUMENT_TOKEN_TO_BE_REPLACED 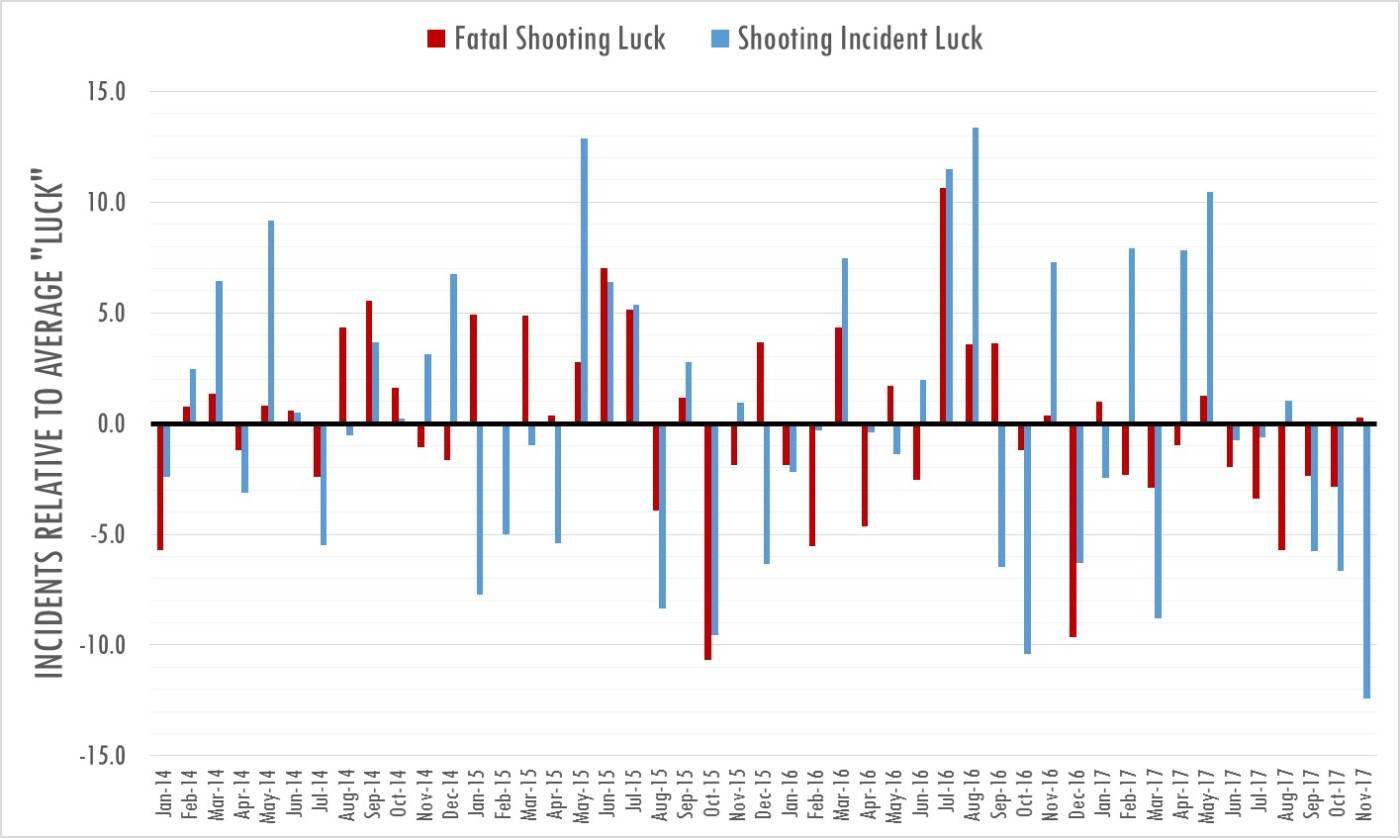 A lot of things can happen when a bullet leaves a gun and my general contention for a while has been that the final outcome of whether a person is hit and whether that shooting is fatal or non-fatal is often random. Given enough incidents over time the randomness will tend to even out, but there can be great variations from day to day and from month to month. Measuring these variations using firearm discharge reports can help determine when New Orleans has gotten “lucky” and “unlucky” which might suggest when our luck will flip.

END_OF_DOCUMENT_TOKEN_TO_BE_REPLACED

It has been a while since my last post here and for that I apologize. Personal developments combined with a slowdown in crime and gun violence and a series of national articles for FiveThirtyEight led to less stuff to write about in NOLA.

END_OF_DOCUMENT_TOKEN_TO_BE_REPLACED 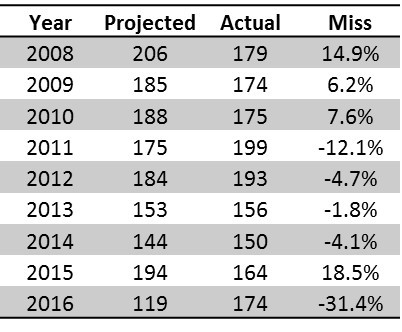 The Brennan Center released a report this week on crime and murder in the country with the headline “New Data: Crime and Murder Down in 2017” stating that “an analysis of new 2017 crime data shows that all measures of crime — overall crime, violence, and murder — are projected to decline this year.” I questioned some of the finding and methodology on twitter but thought it was important to expand on my problems with the report here.

END_OF_DOCUMENT_TOKEN_TO_BE_REPLACED

A Rough Second Quarter for Crime in New Orleans 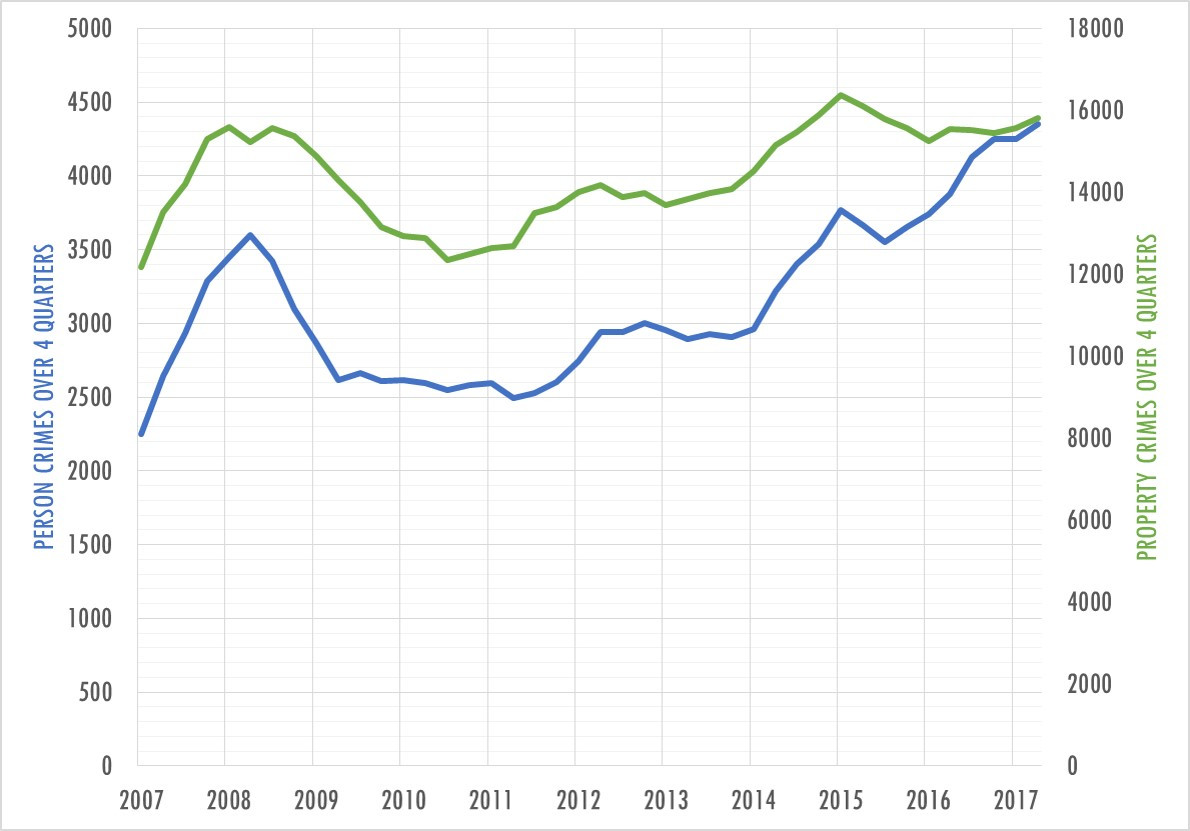 NOPD released their unofficially official Uniform Crime Report statistics recently for the second quarter of 2017 and the numbers aren’t particularly pretty. Overall crime is up 11.9 percent relative to the first half of 2016 with a 9.2 percent increase in person crime (murder, rape, robbery and assault) and a 12.6 percent increase in property crime (burglary, theft and auto theft).

END_OF_DOCUMENT_TOKEN_TO_BE_REPLACED

Some Thoughts On Why NOLA Gun Violence Is Slowing 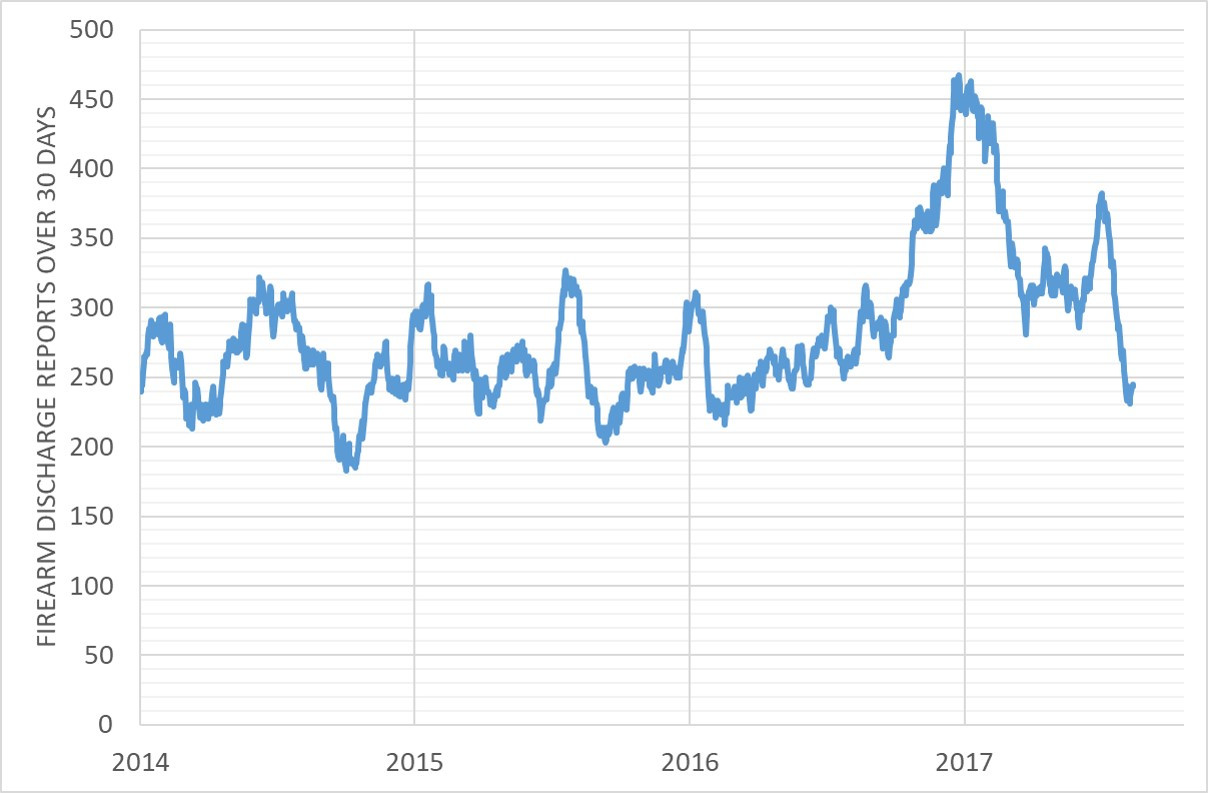 That article concluded with an optimistic caveat though, saying:

“The main assumption driving the pessimist case is that the level of gun violence will continue at the rate of the last four months for the rest of the year. The case for optimism (or, more accurately, less pessimism) is that there’s no inherent reason the trend over the last four months has to continue over the next seven. Maybe things get worse, but maybe they get better and return to the 2014 to mid-2016 level.”

It is possible that the optimistic scenario is unexpectedly coming true in the latter half of 2017.

END_OF_DOCUMENT_TOKEN_TO_BE_REPLACED

Now Available: The History of the New Orleans Police Department (1984) 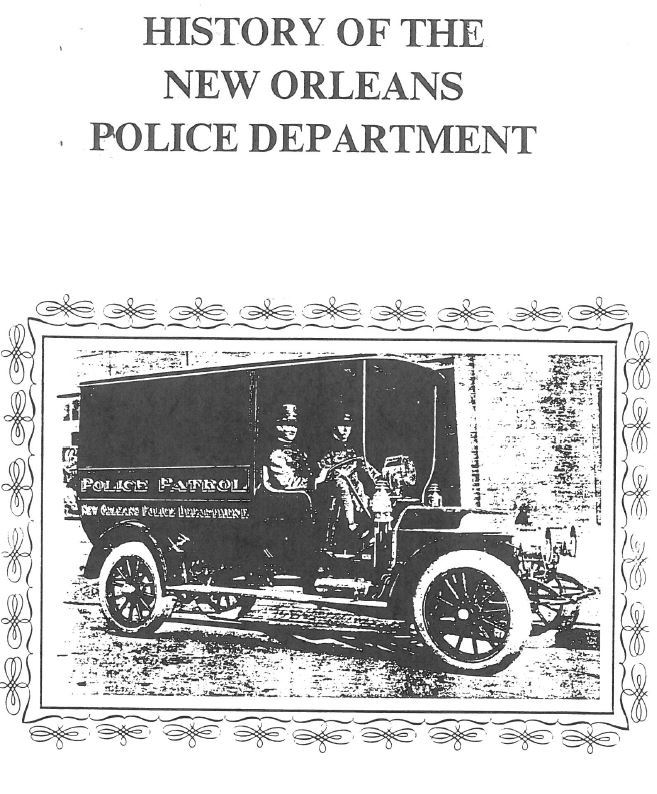 In December 2007 Kevin Unter wrote a dissertation titled “The New Orleans Police Department: Melding Police and Policy to Dramatically Reduce Crime in the City of New Orleans”. I was interested so I gave it a read and noticed he cited a 1984 history of NOPD that I couldn’t find anywhere else. I shot Kevin a note and he quickly responded that he had a copy in his basement somewhere (he no longer lives in Louisiana, obviously).

I open my mail a week later and find a copy of the 56-page history for my nerdy reading pleasure. The history was written by Ruth Asher (no relation) who served as a clerk with NOPD for over half a century.

If you’re interested I’ve uploaded the history for your nerdy reading pleasure History of the New Orleans Police Department (1984). Enjoy!